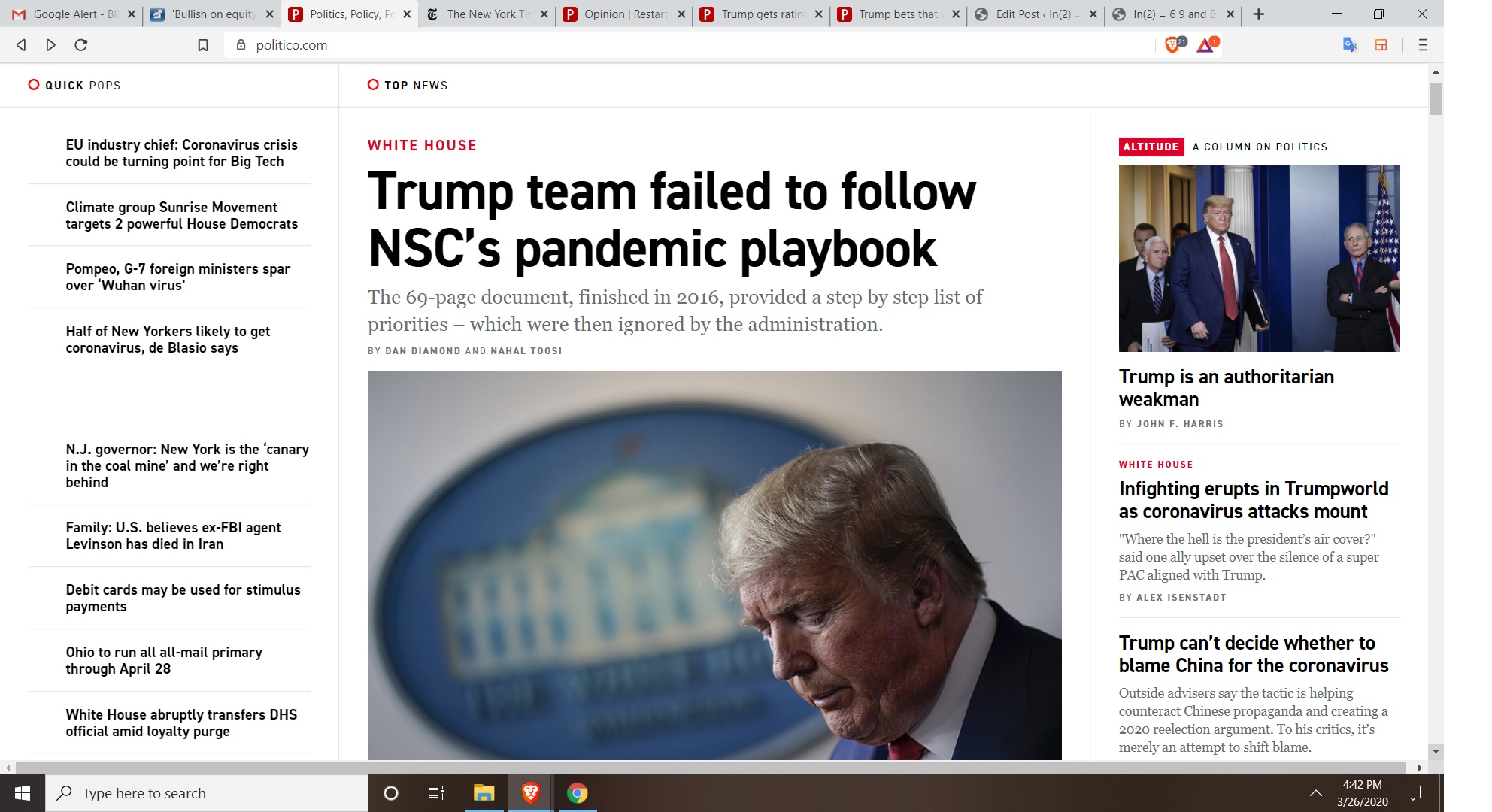 The United States now has more confirmed coronavirus cases than Italy and China, making it the country with the largest outbreak in the world.

The total number of cases in the U.S. reached 82,404 Thursday evening, eclipsing China’s 81,782 cases and Italy’s 80,589, according to data compiled by Johns Hopkins University.

The virus emerged in Wuhan, China, in December. It has since spread to more than half a million people in almost every country around the world and continues to pick up speed, the World Health Organization warned earlier this week.

“The pandemic is accelerating,” WHO Director-General Tedros Adhanom Ghebreyesus said Monday at a press briefing from the organization’s Geneva headquarters.

Confirmed U.S. cases passed 5,000 last week. At the beginning of the month, there were roughly 100 confirmed cases in the U.S.

The number of confirmed cases likely underestimates the true number of infections across the country, officials have acknowledged. Testing in the U.S. has been hampered by delays and a restrictive diagnostic criteria that limits who can get tested.

With 37,258 confirmed cases as of Thursday morning, New York state accounts for nearly half of all cases in the U.S., according to Gov. Andrew Cuomo. He warned that the rapid growth of confirmed cases is partly due to a “backlog” of infections that had never been confirmed due to lack of testing.

Major outbreaks in hot spots such as New York threaten to overwhelm the local hospital systems, which have a limited number of beds, staff and equipment, particularly ventilators, a potentially life-saving device. Cities and states across the country have rolled out strict measures to curb the spread of the coronavirus.

This is breaking news. Check back here for updates.

FROM A JEW WHO KNOW JOE

PRIVET SHALOM RABBI BEALS: THIS MAKES ME FEEL PROUD THAT THERE ARE MEN LIKE THAT - STILL - MEN OS CHARACTER. MEN OF INTEGRITY - MEN OS SUBSTANCE. - WE NEED NOT FINESSE WITH WORDS - AND/OR SPEECH -  WE NEED - MEN WHO ARE MENSCH - AND YES, NUMBER 18 I HEARD IS SPECIAL NUMBER - TOO.. I THINK - NOW, I WOULD BE MORE SURE OF SAYING I KNOW JOE IS A MENSCH TOO.. MAYBE ONE DAY I WILL LEARN SOME STUFF FROM MISTER BIDEN - AND THEN MAYBE EVEN I COULD SAY, EVEN I WOULD BE A MENSCH SOME DAY - I HOPE .. THANK U RABBI FOR SHARING THIS STORY.. I REALLY MEAN IT - LIKE SOME MEN DO WHEN THEY SAY I MEAN IT - NOW A DAYS EVERY ONE SKNOWS THE RIGHT WORDS..   BUT I REALLY WANT TO THANK U RABBI FOR THIS EMAIL - THIS MAIL IS BETETR THAN EVEN CAROL KING'S  EMAIL. THIS MEIAL IS BETTER THAN - ANY OF THE EMAILS - THAT CAME FROM JOE BIDEN- YET - YET DOESNT MEAN - MORE CANT HAPPEN - YET MEANS - IN MY SMALL OPINION THIS IS THE MOST POWERFUL EMAIL YET - AND TS NOT BECAUSE - U ARE JEW - OR  IST ABOUT A JEW - ITS JUST BECAUSE - THE STORY IS POWERFUL AND I YES LIKE WORD GAMES AND CROSS WORDS, THANKS TO BARACK OBAMA AND BILLCLINTON

SKILLS - ARE VALUED - I UNDERSTAND - SPECIALLY IN THE MAETRIALISTIC WORLD  RABBBI BEALS - BUT I HOPE SOUL MEANS A   AT LEAST $18 - IN PEOPLES' EYES - WHAT DO U THNS BUBBA ?

Joe Biden is a mensch.