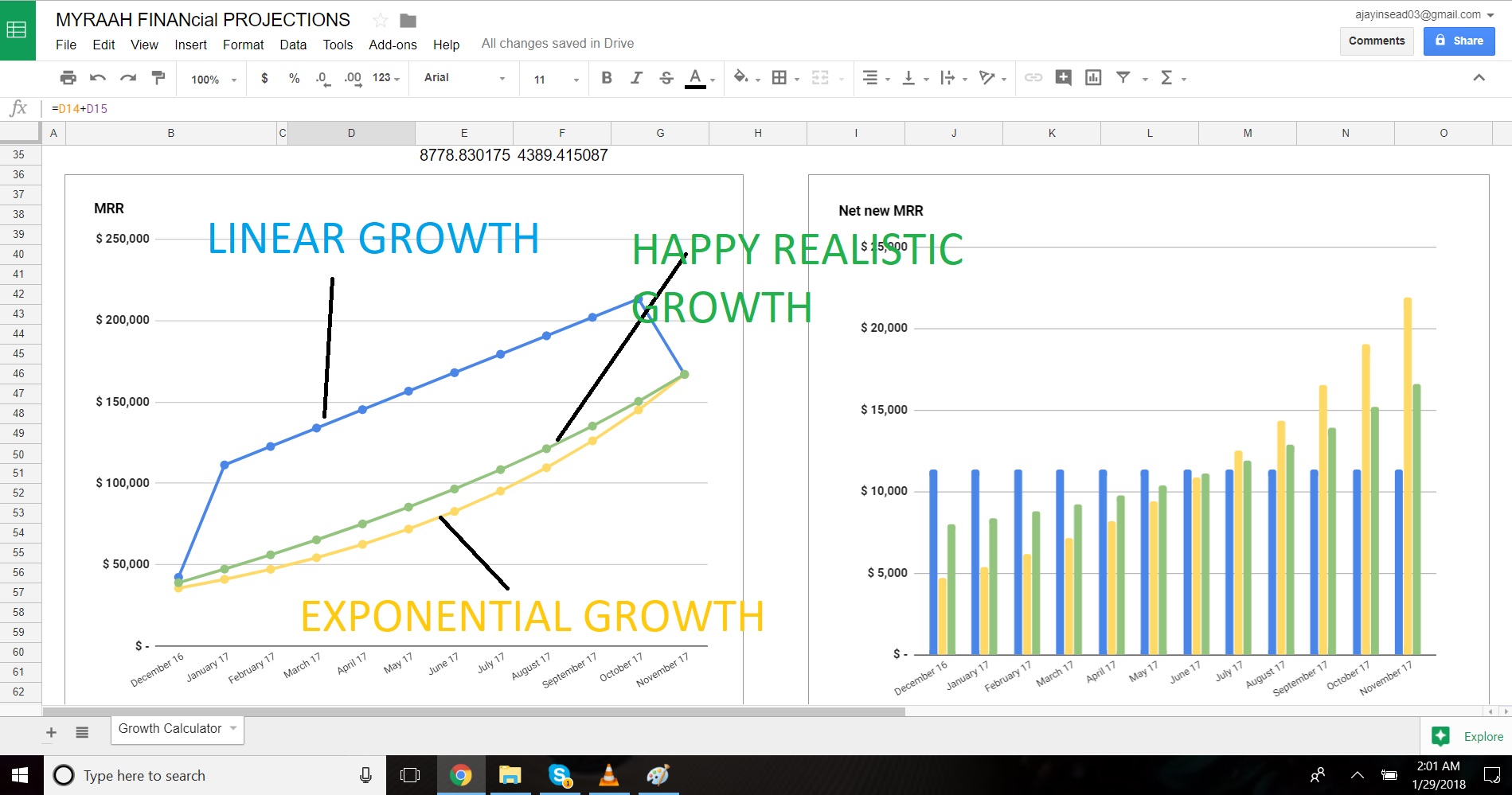 S (n) = Sum of all the monthly revenue numbers

The standard deviation of any arithmetic progression can be calculated as

is the number of terms in the progression and

so, there would be a MEAN around the Revenue number and the distribution would have a standard deviation – shown above

This EXPONENTIAL Model is hard to sustain –

OBVIOUSLY THIS IS ONE WHICH EVERYONE LIKES 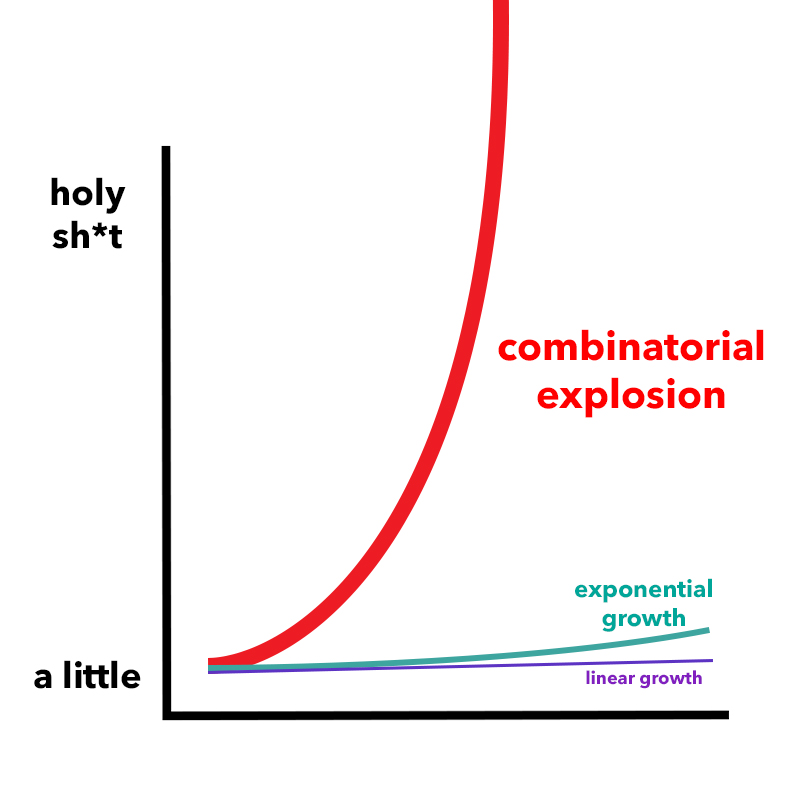 where r ≠ 0 is the common ratio and a is a scale factor, equal to the sequence’s start value.

Such a geometric sequence also follows the recursive relation

– THE GROWTH RATE IMPLIED IN THIS MODEL IS – CONSTANT –

WHICH IS EQUAL TO THE SAME

SO, MONTHLY GROWTH RATE IN THIS MODEL – REMAINS THE SAME.

THERE IS A 3RD MODEL

BETWEEN THE AP AND THE GP – MODELS-

I.E BETWEEN THE LINEAR AND THE EXPONENTIAL MODEL :

WHICH IS MORE REALISTIC

AND WHAT WE SHOULD

OR WOULD BE FORCED TO PLAN FOR

THE TIME – FARTHER AWAY

AND THEN DIVIDE THAT BY 2 –

AND THEN ADD TO THE PREVIOUS TERM

TO GET THE NTH TERM

AND ADD TO EACH SUBSEQUENT TERM

YOU CAN DO THE MATHS – IN EQUATION FORMAT

HERE IS THE LINK FOR GOOGLE SHEETS ->

yes, you can download in CSV format as well..

OR I GUESS SOME WOULD SAY – IT MATTERS THE MOST

SaaS startups are growing faster than ever before. Publicly-traded SaaS companies founded from 2008 through 2014 needed 50% less time to reach $50M than their counterparts founded between 1998 and 2005. I stumbled across this trend when looking at a different chart used in my S-1 analyses that compares the time to $50M for each of the 51 or so publicly traded SaaS companies.

WIX IS SHOWN BELOW -in red

colored the companies founded in the last ten years in red.

82% of the companies to achieve $50M in revenue in under 8 years have been founded in the last decade.

Meanwhile, all of the companies requiring longer than 8 years were founded before 2004.